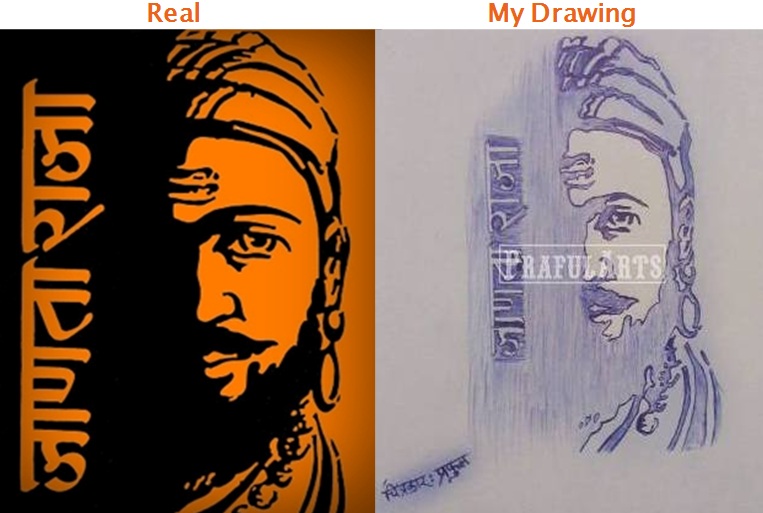 Shivaji Maharaj Birth Place is Shivneri Fort, near the city of Junnar, now it is District Pune.

Shivaji named after the local Deity Shivai would grow up to be Chhatrapati Shivaji Maharaj.

When Shivaji was Born that time was power in Deccan was shared by 3 Islamic Sulatabates as following  Bijapur, Ahmednagar, and Golkonda.

Shahjahan was a leader at that time he was a great leader that time in the whole North India was in Mughal Hands and that time Shivaji was Born.

Bijapur was founded by Adilshah and in that Bijapur Adilshah’s court, Shivaji’s Father Shahaji Raje Bhosale was a General but always kept his Jagir(fiefdom) at Pune and his small army that time Shivaji Maharaj was born.

when Shivaji was born everyone was happy that a Hero born.

Chhatrapati Shivaji Maharaj was a Great King and Warrior. Shivaji was the Founder of the MARATHA  Empire in India. He lived for his People and Faught against injustice.

When Shivaji Maharaj was 15-year old at that time he Won ‘TORNA‘ Fort, after that he won many more forts one by one.

He was a Supporter of Hinduism, Sanskrit, and Marathi Language but he also respected other religions. he had soldiers of all Religions in his Army. He Treated Women with Respect and Dignity.

Shivaji Maharaj is Remembered as a Hero who brought most of the Indian Together Against the MUGHALS.

Shivaji was known for using the Guerilla Warfare Methods for Attacks against Larg and Powerful Enemies.

in 1645 the teenage Shivaji First Expressed his concept for HINDAVI SWARAJYA (Indian Self-Rule).

JANATARAJA This Drawing I draw on A4 Size Paper using Blue Ball Point Pen. it was Difficult to Draw with using Pen. it took me 45-50 minutes to complete the whole drawing.

This drawing I Draw on the occasion of Shiv Jayanti. The Great Maratha Emperor was born 19 Feb 1630. This Drawing I draw in 2017 hope you like.