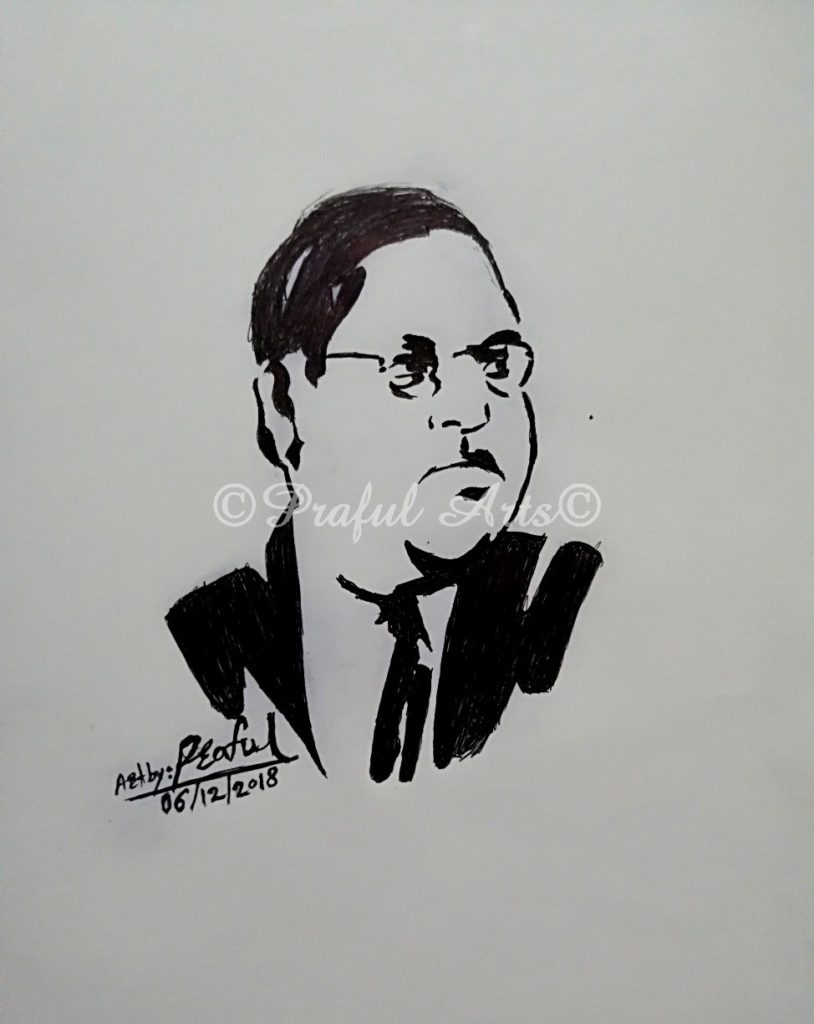 In his own words, he was not a born intelligent, he had average academic records till his graduation. However somehow, he was lucky enough to get Foreign Students Fellowship of Baroda Princely State by Maharaja Sayajirao Gaikwad. When he reached Columbia University, he was totally clueless about which subject, what course he should join, also the admission date for many disciplines was closed a month before. He randomly enrolled for some available subjects.  In his initial days in America, He loved the American way of living. He enjoyed going to clubs and parties, played golf – a rich men’s games, engaged in every activity which appears appealing to him as his rich privileged peers in Columbia.

Six months passed like this- one night- a question came to his mind- Why am I here? – What am I here for? – What is the purpose of me being here? That day he had a sleepless night. The next morning, he was the first person to enter the library.  This day onwards he started living alone- not with peoples but with books. He sat – sat and sat …reading as many books he can, in a library and also in his dormitory room after library hours. With time his interaction with people friends circles reduced to a few meaningful friends. He deeply regretted the waste of his first six months in Columbia. Then onwards, he enrolled for as many courses he can, gained mastery over a variety of subjects. In this four year stay in Columbia, he majored several subjects viz. Economics, Sociology, Political Science, Anthropology, Philosophy, Statistics, etc. and earned one doctoral degree. His pursuit of knowledge did not end there he went on further gained another Doctorate from London School of Economics and Bar at Law from Graze Inn London.

Any person with such excellent credentials in his time and even today could have earned enough wealth and chaired many positions of power and global recognition. This man chose himself to come back to the drench of poverty and oppressed condition. He came back to India, where all these credentials were a worthless piece of paper, the only credential which matters is – His Caste- Social Position. The person who could have successfully lived with a very high standard and managed to stay in the spatiality of the top 1% global elites, this person been refused a rented house, he is been rejected to have a glass of water by an illiterate peon. Facing all these humiliation on behalf of excellent opportunities and world class credentials- he did not choose an easy path to go back to America. Rather he took a charge of his life, not just his life, he took charge of all those millions of Indians who were having a rejected living for many generations.

His first task was to generate awareness amongst all those millions of lower caste people. These are culturally oppressed people and accepted sub-ordinate abysmal living in service of all upper castes. Those were the first, to oppose him, as for them it’s not oppression. According to Steve Biko – “ The most potent weapon of Oppressor is the mind of oppressed”. Here in India- the mind of oppressed is enslaved in Brahmanic caste pedagogy. Which links the hierarchical position of dominance and sub-dominance not by ability and achieved credentials but by Birth. This Brahmanic ideology has linked respective caste group way of living to eternality- It considers the work and status are given – and once own duty is not to just perform those tasks – leading to the abysmal standard of living – but one should worship those work- in order to liberate themselves.  Dr. Babasaheb Ambedkar made his people aware of this cultural conspiracy, organized them as a force against the Brahmanic thousand-year-old institution – The Caste system. He used his knowledge, wisdom, intelligence and pioneered a revolution by Pen and Papers. The man, in fact, should have credited for a first revolutionary across the globe that brought in revolution uplifting millions of people without any drop of blood- not just of the oppressor but also of the revolutionary oppressed actor. A world-class quality intellect who brought in non-violent revolutionary in true sense.

In this world History might repeat again, the direction of civilization may get guided by different forces in the future, which may enhance or reduce boundaries between people. But History can not forget the few individuals who contributed to the direct course of civilization towards true humanitarian value. Dr. B. R. Ambedkar is one of them.

Dr. B.R.Ambedkar Drawing was taught to Draw with using Black-ball Point Pen, 45 minutes It took me to Draw this Drawing.

Follow me on Social Media to see All Drawings also Videos :