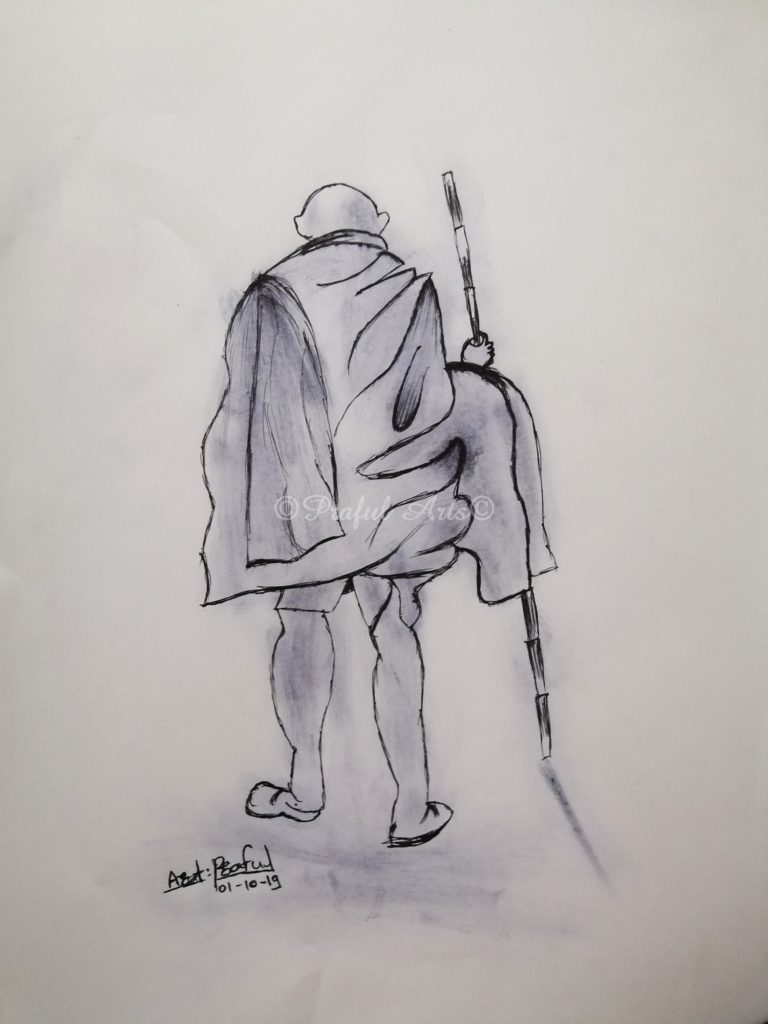 Mahatma Gandhi was born on 2nd October 1869 into Gujrati Hindu Modh Baniya family in Porbandar, a coastal town on the Kathiawar Peninsula and then part of the small princely state of Porbandar in the Kathiawar Agency of the Indian Empire.

Mahatma Gandhi was a Great Indias Freedom Fighter he devoted his life to India’s Independence. Mahatma Gandhi is also known as Father of the Nation or Bapu, Because of Their Contribution to India’s Freedom Struggle.

It is said that it was Rabindranath Tagore first used ‘MAHATMA’ for Gandhi it was because of the great thoughts and ideologies of Gandhi because of that which made people honor him by Calling Mahatma.

The Great Feelings of Sacrifice and love and help Gandhi showed in his throughout Life.

Mahatma Gandhi showed lifelong compassion towards the people affected with leprosy. Gandhi used to nurse the wounds of people with leprosy and take proper care of them.

Gandhi’s campaign against untouchability during his imprisonment in the Yerwada Jail where he went on fast against the age-old evil of untouchability in the society had highly helped the upliftment of the community in the modern era.

Gandhi also advocated the importance of education, cleanliness, health, and equality in society.

All these qualities made him a man with a Great soul and justify his journey from Gandhi to Mahatma. That’s why People Called him a Mahatma Gandhi.

Mahatma Gandhi Drawing I Draw the whole Drawing Using a Black Pen in an A4 Size white Paper.

Mahatma Gandhi Drawing looks simple but when I started to draw it was Tough for me to Draw using a Black Pen.

The Mahatma Gandhi Drawing actually took me 20-30 minutes to Draw a whole Drawing.

Mahatma Gandhi Drawing I Draw on 1st October 2019 which is a day before Gandhi Jayanti which is on 2nd October. My Small tribute to them so I Draw This Great Drawing of Mahatma Gandhi.